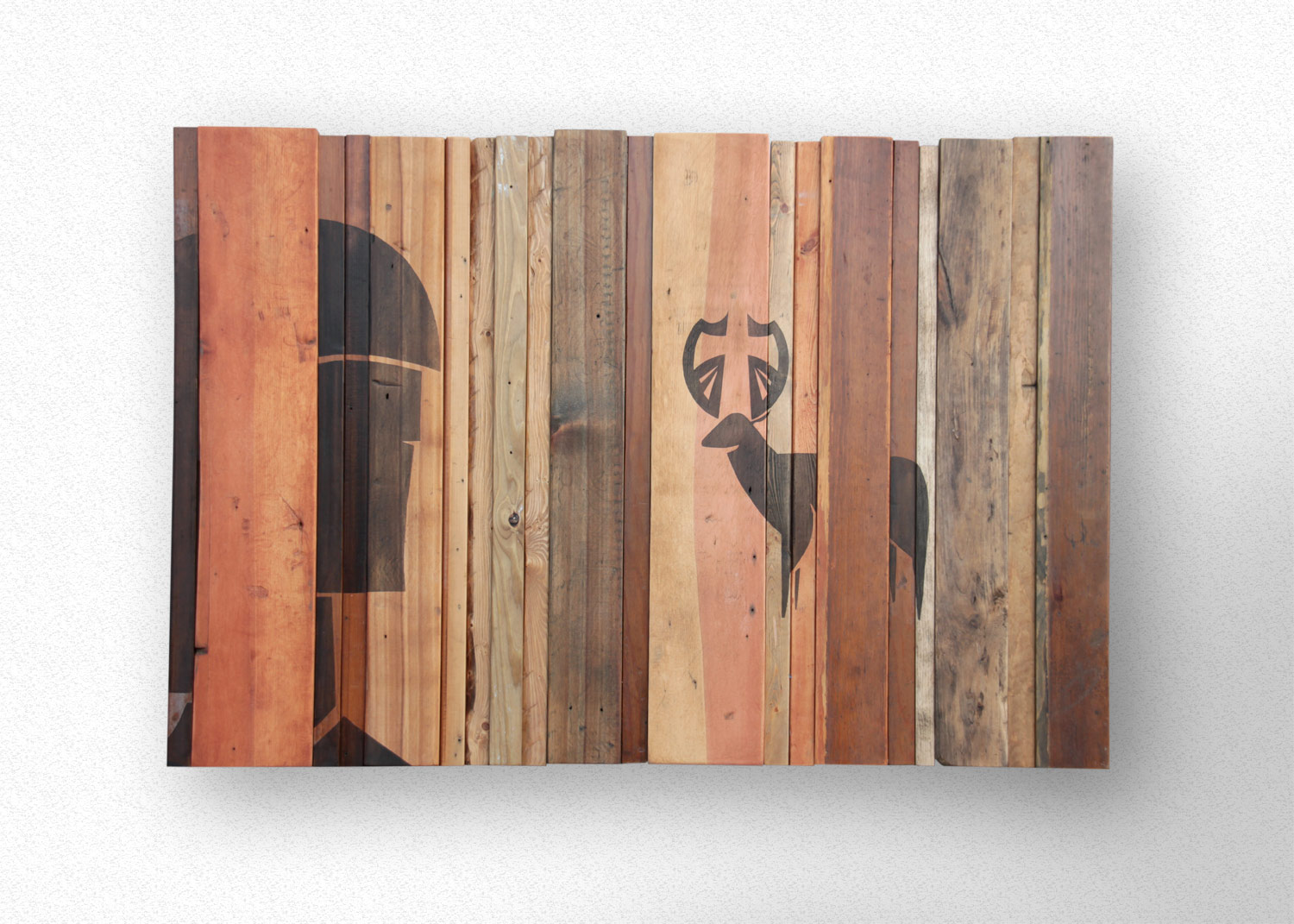 You might recognize the stag with a cross in his antlers from the Jägermeister logo. What you may not know is that the mark is a reference to St. Hubertus. This 7th century bishop has become a patron saint, but his story is intertwined with another earlier mythological church figure that I find even more interesting—Saint Eustace

The Legend of Saint Eustace

According to the legend, a lascivious 2nd century Roman general named Placidus was deep in the forest hunting when he saw a vision of Christ in a stag’s antlers. He immediately converted to Christianity, was baptized along with his whole family, and changed his name to Eustace.

After enduring a lifetime of trial, including temporarily losing his wife to a pirate captain and his boys to wolves and lions, the family miraculously persevered through it all to finally be reunited. Their joy was short-lived, however, when they were burned to death by the emperor for refusing to offer a pagan sacrifice.

St. Eustace and the Church

For hundreds of years before being dismissed by the Catholic church as fantasy, Saint Eustace was the patron saint of hunters, hence his and Hubertus’s veneration by Jägermeister—a digestif brewed from a variety of forest roots and  herbs.

For whatever reason, I’ve connected with this guy Eustace. Real or not, I can identify with his suffering and his connection to the forest, and I’ve spent the past few years trying to imagine how to portray his story. I finally lucked out with this concept assembled from a bunch of scrap lumber – collected from the junk pile behind Odom’s, off the side of the road at Apple Fence Co. in Grawn, random lumber yards and from my own backyard.

I’m dedicating this piece to all my friends out there in the woods trying to find food for their families. Shoot straight & safe, fellows!

This original artwork is still available. Contact me to purchase today.

The Jagermeister label also features the first verse from a fanastic german poem by Oskar von Riesenthal called Weidmannsheil. I love it so much I tried to incorporate it into the painting, but almost ruined the whole thing in the process:

This is the hunter’s honor:
That he protects and cherishes the animals,
That he hunts as he should:
That he honors the Creator in the creation.

Hate reigns over the war bullet,
But love for the animals aims the rifle.
When you eat every day consider if your animals are starving,
That your animals don’t starve.

Guard it before man and animal,
Shorten his mortal fear,
Be tough outside, and lenient inside,
Then your honor may shine.

Thanks to graphic designer Karl Noelle for help with the translation