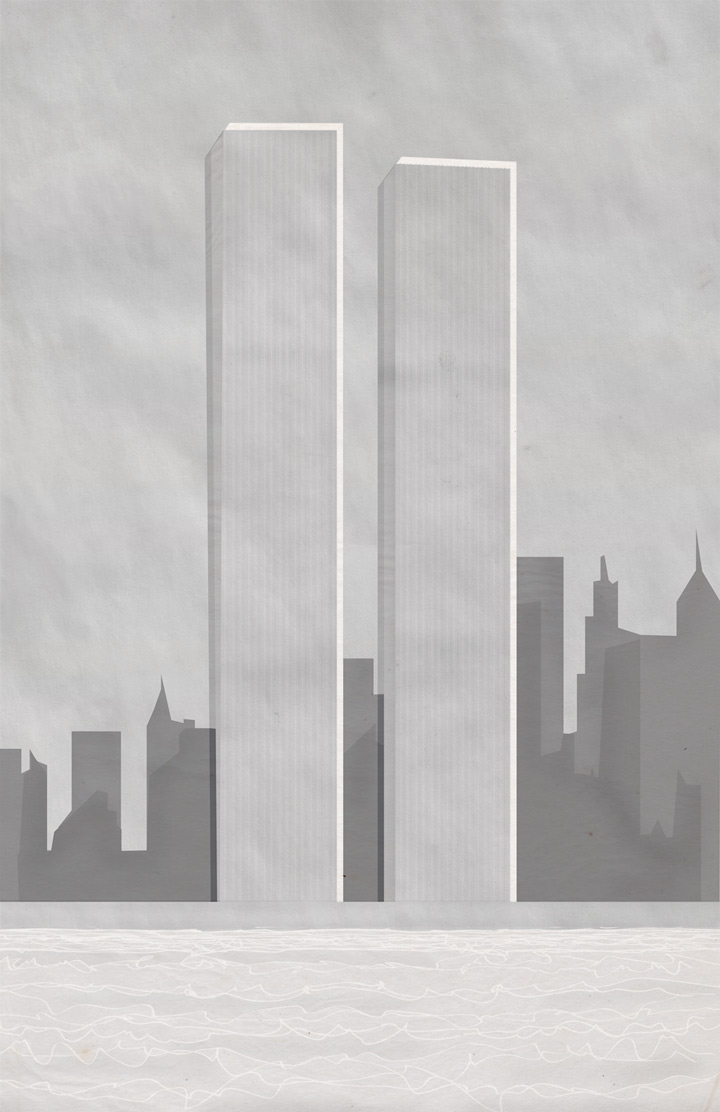 Sometimes even a poorly delivered message is still one worth hearing, and I wonder if the the saddest thing about the whole tragedy is that we didn’t get the message.

We like to think of ours as a nation made strong through the pursuit of life, liberty and happiness, but in reality we’re strong because of our unscathed ability to exploit, oppress, capitalize and conquer—all the while repressing any hint of remorse that might ever creep in (which I’m sure is slowly creating a collective psychological condition that will catch up with us when our nation hits mid-life).

It is those very national values to which these impassioned hijackers gave their lives opposing—hurling themselves and thousands others into the afterlife in a hail-mary attempt to send a message that would surely change me and you and our country and the entire western world.

I think it’d be redundant for me to say how wrong and awful and horrific and terrible their medium was.

What I can’t stop thinking about today is that I have to admit that I’m not so different from them. The very mores of my own culture that they (and countless other fundamentalists around the world) despise are the same things that make me less than “proud to be an American.” I hate our misplaced, terrorizing commitment to the lie that we like to call “the American dream.”

So maybe I should do something big? To send a message to my brothers and sisters, my neighbors and countrymen? the world?

A Ha! Right there is the ever-so-fine line distinguishing my condition from these men… where they had been convinced through faith, philosophy and culture that the only way to get this message across was a monumental act of violence, I’ve been convinced through the very same influences that the only hope anyone will ever hear the truth is through monumental acts of peace.

So have we heard the message?

A few definitely have. You’ve seen it this past decade in young people and gen-x’ers and boomers and even octogenarians envigored with compassion for the weary, oppressed, fatherless and hopeless.

But as a whole… as a community, a nation.. I think the ringing in our ears left by the blast deafened us to what it was pleading.

When the foundations of these skyscrapers is now a “monument” of not one, but five new towers to prosperity?

Five new Asherah poles erected in all their phallic glory? America’s middle finger held high as a vertiable “eff you” to the rest of the world (or at least the parts to which we don’t owe money).

And in comfort—we believe—we can finally achieve the pentultimate prize, the true American dream.

To die, fully reclined in our La-Z-Boy.

Strong Odors The Real Tragedy of the World Trade Center