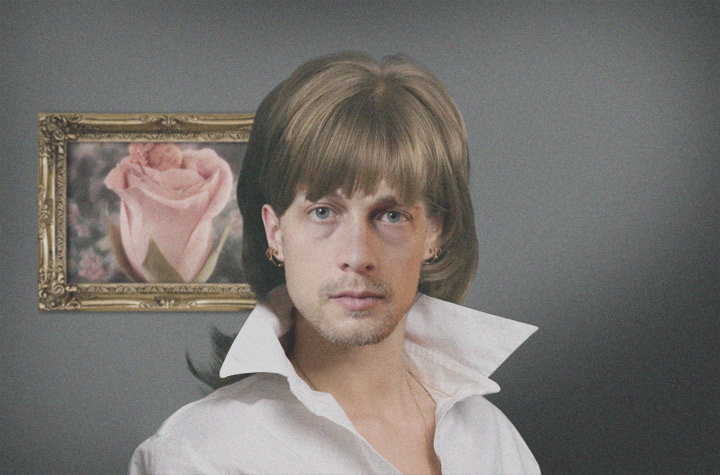 I recently heard a preacher say he didn’t want to “get in touch with” his feminine side.

I really have no idea what he was talking about.

At that point he had strayed so far from his original topic that I was only barely paying attention, for fear that my full attention would result in obvious forehead-smacking and eye-rolling and sighing…

I know this guy was trying to emphasize a point that “men should be men.”

This of course is something I agree with, but also consider it one of the last things of which the men in my men’s group need to be reminded. We generally have no problem being stereotypically masculine.

What we really need is to reconsider our paradigm for manliness.

Something that (I’m sorry brother) requires us to get in touch with our feminine sides.

Maybe this guy has some other preconceived idea of what that expression means, but to me it means discovering within myself the most honorable character traits that are generally stereo-typified in women and thus—our culture has determined—the opposite traits a real man should have.

So men, on the other hand should be strong, independent, active, disciplined, objective, logical, practical.

But must those two lists be exclusive? (that’s a rhetorical question)

When undergoing my chemo treatments I suddenly realized I was experiencing many of the same biological symptoms of a pregnant woman.

Then, since I lost the last of my testicles to cancer, my body no longer produces testosterone. So now I have to get a shot in the butt every two weeks to stay my manly self. Which means I have cycles.

And at the end of the cycle when my testosterone levels are low, I could almost be mistaken as menopausal.

I get hot flashes and night sweats and fatigue and aching joints and I get really irritable.

I also get emotional a lot during those days.

So in some way experiencing a few of the physical trials generally reserved for ladies, I’ve become a better man.

I can listen to a friend share his struggles and be compassionate, and I can be authentic with other guys instead of putting up walls of mockery and sarcasm and other proverbial shoulder-punches.

I can even write a blog.

I still have a long way to go… women are still a mystery to me and I’m still not manly enough to go to my wife’s Zumba class.

But at least I can be confident that I’m a man, even while I’m blubbering at Undercover Boss.

Strong Odors My Feminine Side is Menopausal