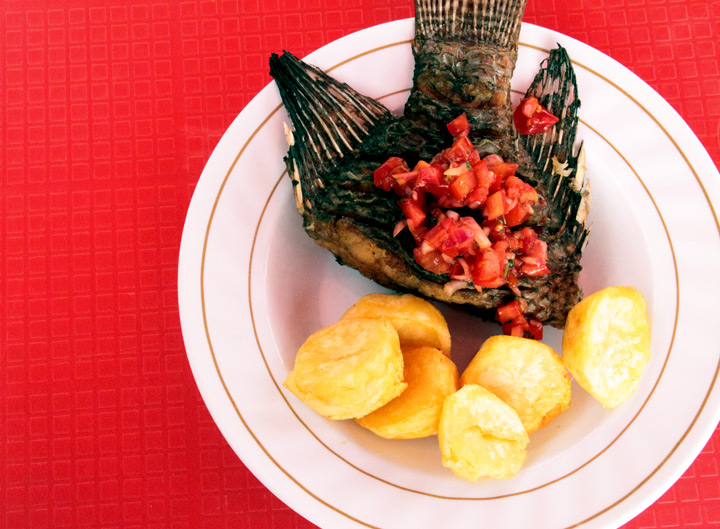 While in Kenya I lived in the city of Kisumu. Honestly, the city is very, very different than my hometown of Traverse City, MI—in a lot of ways opposite even (like the fact that it is always hot and sunny)

But even with all the differences I felt right at home from the moment I stepped off the plane.

Everything, despite being so different felt really familiar, but the one thing that actually was similar is that the city is right on the shore of Lake Victoria. The funny thing is that I don’t know how many conversations I had trying to describe how large Lake Michigan is (trying to calculate miles to kilometers in my head is hopeless), and my descriptions were never met with the astonishment I’d expected.

Come to find out Lake Victoria is actually larger than Lake Michigan… in fact it’s larger than any other freshwater lake in the world—except for Lake Superior of course.

And everyone I met gave me the same answer when asked their favorite food—Tilapia.

As common as the fish is, it’s not everyday fare for most locals… more of a special treat. So whenever anyone has a chance to eat it they get really excited (kind of like me & Chalupas).

I got to have a home-cooked Tilapia meal on my first evening in Kisumu and it was easy to see why everyone loves it. While most of the east African diet is hearty and delicious, it can be a little light on flavor (at least after you’ve had the same beans & rice for nearly every meal). So to dig into this flavorful fish is a great exercise for what might be a slightly bored palate.

The next morning I actually got up early with the team to take a boat ride on the peaceful waters of Lake Victoria. 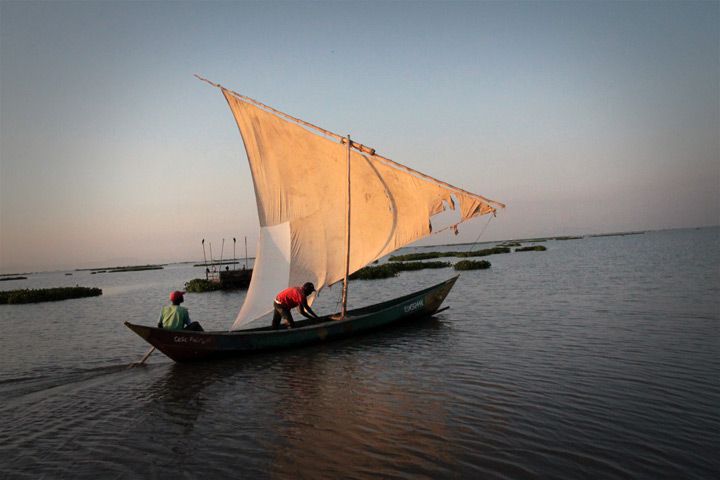 One thing I had in the back of my mind while eating the fish was this YouTube video that I’d seen addressing the fishing industry and the fact that many impoverished widows must prostitute themselves in exchange for fish. So floating around in our little boat and looking into the eyes of the fishermen, some of whom you know will be trading in their day’s work later that evening for some quick pleasure & feeling of power & control was an incredibly surreal experience.

It made made me realize that the value of last night’s dinner was much more than just the few bucks of the purchase.

For many of the women it costs them their bodies and life. If you’re involved in trading fish for sex, chances are you’ll get AIDS. The fishermen don’t really care and the women don’t have any other choice.

This is one reason why in the States we really like the fact that we are so disconnected from our food. You know it doesn’t really come from a farm anymore, but a factory… and that’s just as well with us. It’s one less thing to think about and if you can get cheap chicken… well that’s what America is all about, isn’t it.

Because knowing that stuff makes me feel guilty.

In fact a lot of proponents for ethical and healthy food production want us to feel guilty. Guilt is a heckuva marketing tool after all (the church has been using it for millennia), and if they can make us feel guilty we just might support their cause.

But I don’t think guilt is necessarily the right response to newfound knowledge of the truth behind our food. I definitely know that it shouldn’t be a deterrent to accepting the truth—because whether we accept it or not, the truth is always true.

So once I’m able to look at my cookie and say “this chocolate has come at a very great price,” it makes me appreciate it a little bit more. It also invokes a bit of compassion and respect for whoever is around the world on the other end of that chocolate, whether it’s a child forced into labor, a woman with no choice or a man unjustly underpaid but doing everything he can to provide a home for his family.

It makes me want to find a way to show my gratitude to those making big sacrifices so that I can eat.

So for me it could be a big move—like one to Africa to minister to the widows and help them find healthier ways to run their business, or it could be a small move—like moving two shelves down to buy the fair trade coffee.

Either way it’s something I can do that’s not a result of guilt, but rather a result of accepting and knowing the truth behind my meal.