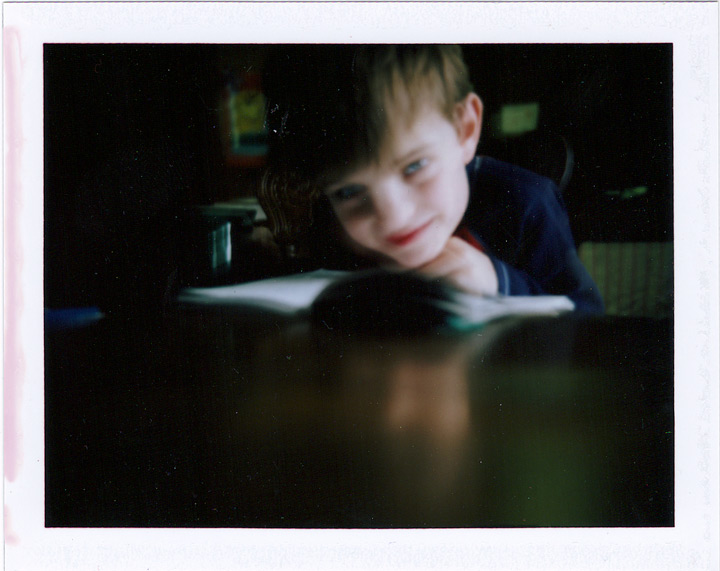 I’m sitting at my desk frustrated and discouraged and self-loathing after an especially difficult weekend and one of those literally-drag-the-kid-to-school mornings.

So I titled the piece “Losing to Autism.”

I’m not working hard enough. I’ve become too comfortable with where he’s progressed. I’ve been increasingly more likely to allow him to watch TV or play Wii or even read so that I can focus on my own projects.

All along trying not to face the fact that activities like those that at one time had some therapeutic value when used strategically have now become nothing more than a replacement for what was once spinning in circles and head-standing.

Yet I give in just one more time to his millionth-of-the-day plea for Wii and swallow my failings deep into my gut where I keep all those behaviors and character traits that if I happen to see in the mirror make me look like a total loser.

“Sure.” I finally say… because I’m tired.

But of course my giving in is nothing more than a lame, selfish attempt at self-medicating and by the next morning as I’m on the verge of a nervous breakdown because his own symptoms are at their worst I have to wonder as Kanye does, “what’s worse, the pain or the hangover.”

Somehow we managed to make it to the classroom this morning thanks to a little help from the iPad (he’s participating in a trial program for iPad intervention).

But what I’m realizing today is that my son and his disorder have something in common. A superpower that (like all superpowers) has staggering potential if used for good but would be utterly diabolical in the wrong hands.

They are both unyielding.

You can’t even teach him.

He does only those things that he believes are in his best interest.

Every once in a while though… he humors me. He lets me think that I’m in control, that I’ve taught him or convinced him or proven one thing or another.

And his autism does the same thing.

I’m sitting there at the baseball diamond wondering… what is the key? what is the difference between this morning and this evening?

It is impossible to know what it wants… to be left alone? or engaged? some prodding or a distraction?

And just like that I realize it wants the same thing as Gideon—just to show me who is boss.

Do I give up because I can’t win?

Obviously not… I don’t give up life just because I know death is at the end.

I keep convincing, teaching, reasoning and all those other things—even though I fail half the time—because I know that eventually he and it will accept what I’m suggesting just might be in his best interest.

So that the occasion they’re humoring me will grow more and more frequent until the superpower is ripped from the villainous hands of his disorder and fully claimed by his own.

Then… watch out, man.

The Truth about Autism

Benefits of Lego Play for Children with Autism