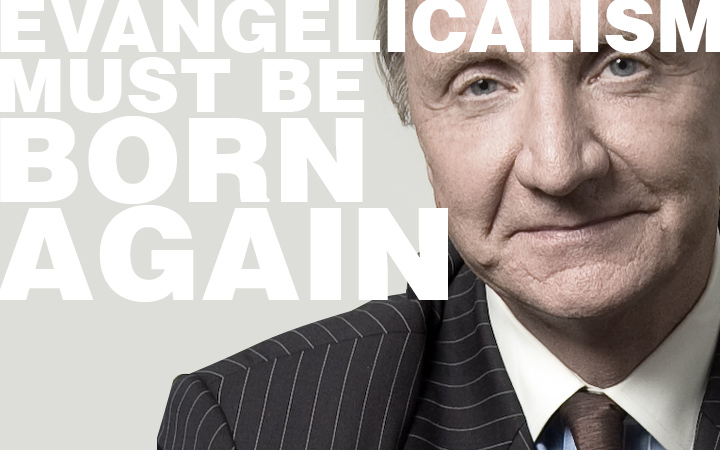 It seems that most the people I know (in real life, not Twitter or Facebook friends) are both evangelicals and Republicans.

So often so, that the lines between the two are typically blurred for the individual (like Health Care reform is somehow an issue of personal and corporate morality and may or may not be a sign of the end times.)

and (this is sad but really true) most evangelicals I know are better versed in The Gospel according to Rush than any of the ones that happen to be about Jesus.

In most cases I see conservative evangelicals are also politically conservative primarily because of the abortion issue.

And because of that one issue, they are “Republican” and therefore anything that reeks of political liberalism must be evil and sinful and anti-Christ.

Richard Cizik was recently forced to resign from his large evangelical church after having the gall to express his differences of opinion on political issues.

I am so excited to see someone of prominence serve as an example to the rest of us that having traditional evangelical theology doesn’t mean political policy is always a black-and-white, republican=christian, throw-the-liberal-baby-out-with-the-bathwater kind of thing. He can exemplify how to be an orthodox believer and evangelical Christian and know that doesn’t require him to walk party lines with the rest of the nation’s evangelical leaders.

Perhaps he’ll be the one to communicate to America’s evangelicals that humans have more rights than just that of being born.

I can’t say much more for fear of revealing my ignorance on politics and policy, but mostly I’m writing to encourage everyone to listen to Fresh Air today on NPR. (our local station airs Fresh Air at noon, check your local listings)

Today Terry Gross interviews Richard Cizik and I’m going to listen just so I can hear him say this:

Evangelicalism has become so subservient to an ideology and to a political party that it needs, as I say, to be born again

Strong Odors To Evangelicalism: "You need to get saved!"