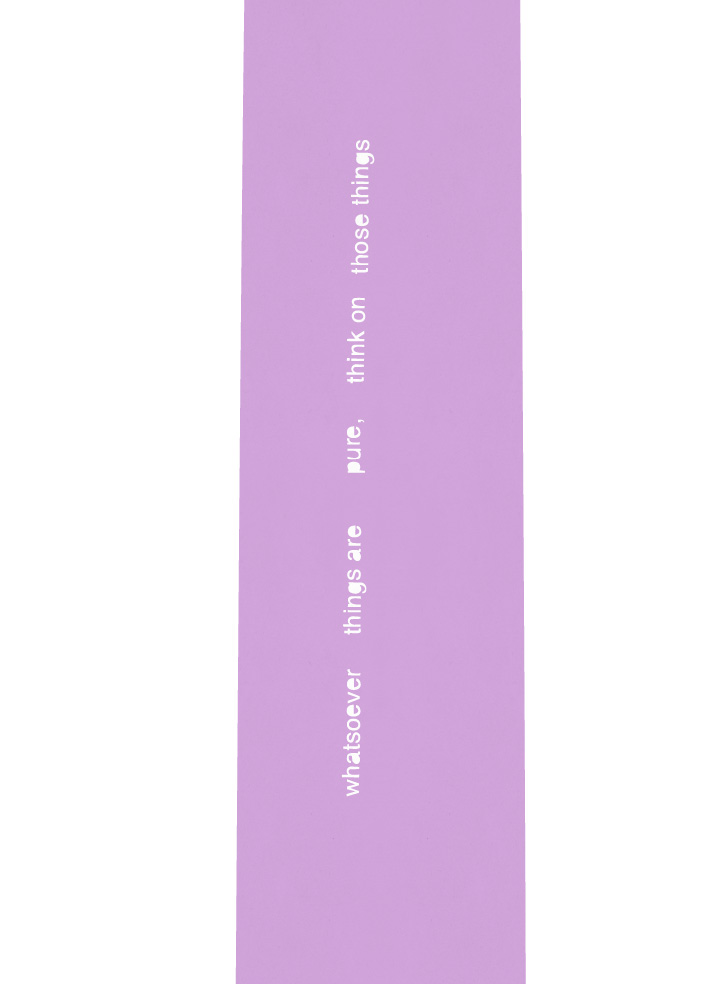 Over the past three decades I’ve come up with quite a few different product ideas that could have been pretty profitable if (a) I hadn’t been a kid when I dreamed it up or (b) I had the gumption required to patent a product or (c) I didn’t forget the idea immediately.

In college we did what is now ultra-trendy paddleboarding only with the much better name “surfboat,” and I swear I came up with the idea for those really short skis that became super popular around the turn of the century, but luckily have gone the way of the rollerblade since.

But my all-time highest-potential billion-dollar idea stands high above the rest: condoms with Bible verses stamped on them.

The way I see it, slapping some popular passages about purity could be one last wall of defense for a couple Jesus-lovin kids about to go all the way. It may sound totally ridiculous—and maybe it is—but judging by the typical Christian bookstore inventory, I’d guess the most ridiculous items are by far the most lucrative.

However, the only thing more powerful to Zondervan big wigs than the possibility of making a few extra bucks exploiting the good book is their debilitating fear of sex.

It’s the very same fear that would ultimately doom this product because this fear keeps Christian young people from using condoms in the first place.

Evangelical couples do not use (or own or maybe know about) condoms because to them possessing condoms would be setting themselves up for failure. It would mean they are giving up. They’re committed to abstinence, and any acceptance of pre-marital birth control would be not only demonstrate a lack of faith, but would also be in direct contradiction to the personal values they claim.

Unfortunately (as David Sessions pointed out in his fanastic post earlier this week), even though all these evangelical couples claim to value sexual purity, very few of them actually affirm that belief in practice.

The Truth about Abstinence

According to the data represented in Sessions’ article, 80% of unmarried evangelicals have had sex.

(Of course, those studies generally define sex as “vaginal intercourse.” With an even slightly more liberal definition you’d end up with much closer to 100% of young dating evangelicals as sexually active.)

As an adult in the church I know how much energy has been spent (particularly in the past decade) to empower teens to take control of their passions, commit to sexual purity, wait until marriage, promise rings, and all that stuff… but apparently it gets a little harder once you’re actually in a real relationship.

Obviously this strategy, no matter how well intentioned or impassioned, isn’t working.

So what does this mean?

First of all, it means a lot of the “true love waits” girls end up pregnant if they actually get into a relationship.

Complicating that issue further is the statistic that aborting in the case of an unplanned pregnancy—one of the few sins evangelicals  consider more serious than fornication—is just as likely among their young people as it is among those with no religious affiliation.

Seems crazy, but it makes perfect sense to those of us reared in this world. These young evangelicals are more terrified the truth of their sex life will be revealed than they are to have an abortion.

What it does not mean is that the church is failing to communicate its case for abstinence to young people. The message is definitely heard.

What it does mean however, is the church needs to address its own psychological condition affecting the way it views sexuality.

The Church Must Face its Fear of Sex

I have a theory that the contemporary church’s fear of sex is something that goes back far beyond rock & roll, beyond puritans, beyond Constantine into the time of the Old Testament when sexual activity was so interconnected to the worship practices of the Canaanites (and later, the Romans) that the Jewish believers eventually allowed the baby to be thrown out with the bathwater, and sex became quite synonymous with idolatry.

Or at least they (like most of us) didn’t have the psychological prowess to separate the rightness of sexuality from the wrongness of paganism.

So thousands of years later we avoid certain words, or conversations, or jokes, or lyrics, or art, or thoughts because they are “dirty.”

Oh sure, we say sex is a beautiful thing, a gift from God. We listen to Mark and Grace Driscoll go on and on (and on) about Song of Solomon, but just as the teens affirm abstinence with their words but not with their wieners, we adults do the very same thing with our attitudes toward our own sexuality.

You can see evidence of the past few generations failure in sex ed as it now bleeds out in unhealthy and unbiblical teachings from the most popular evangelical leaders, like the aforementioned Driscolls, or this past week’s “sexual authority/submission” post from The Gospel Coalition (courageously called out by Rachel Held Evans ).

Or me, for example.

I am a casualty of this extreme fear-of-sex evangelical culture. I am a man exiting youth into mid-life who never was allowed the psychological development that comes with a healthy dose of sex ed. Honestly, I didn’t even get the less-than-healthy locker room talk with my bros (we were all in the same repressed boat together). At least that would have been some sort of sustenance. Instead, that part of my mind was starved, with mentors hoping it would just die—or at least lie dormant until my wedding night.

As a result, I’m years into therapy attempting to retrain my psyche to accept my sexuality as a good part of myself, and it is practically impossible because that is not a developmental stage appropriate for a 30-something guy with three kids.

Until the church is able to come to terms with the fear and demonization of our own sexuality, we will continue failing to effectively teach the following generation a healthy view of theirs.

I think a great first step for the church to begin acknowledging its own sexuality is to accept that its members are sexual. It is a fundamental essence of their being. Part of their Imago Dei.

No matter how much you tell them not to, young unmarried members are having sex anyway. They might be abstaining from inserting his you-know-what into her  you-know-where, but let’s be honest… if that’s all they’re abstaining from, the church can’t really consider its efforts successful. It’s still basically just birth control with a whole bunch of false righteousness thrown in.

They’re not deviant, they want to be chaste. It’s just really, really difficult, and the primary motivation of fear and guilt is never going to work.

Let’s just get that out on the table. For a start.

Sex Ed in the Church: Part 2

In Part 2 we’ll talk about some steps the church can take to start a healthier understanding of our own sexuality, as well as creating a culture where we can be honest about our sexual shortcomings. And the far-out idea that both condoms and abstinence can go hand-in-hand.