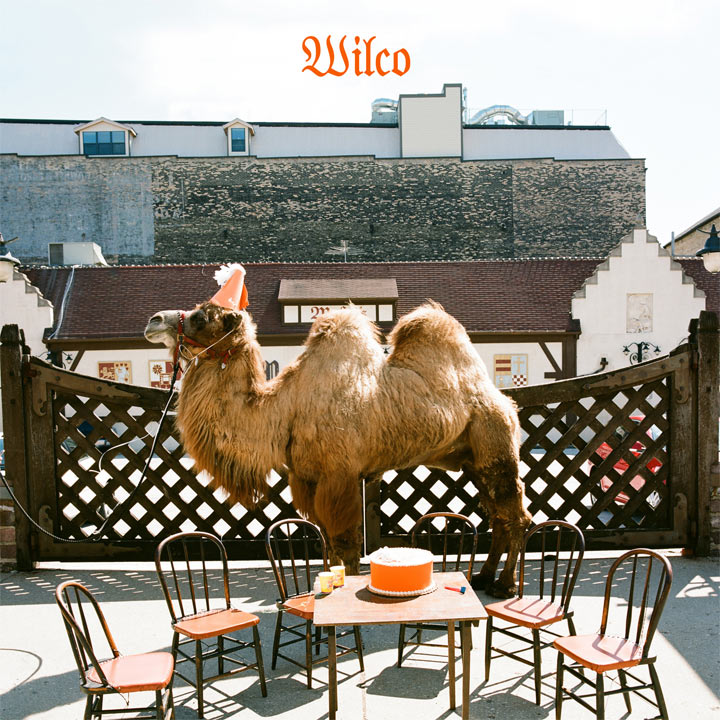 I got my first CD player for Christmas 1993 and within a few days bypassed the suckers at the mall record store and went straight for Columbia House…(15 CDs for the price of one… oh yeah.)

Within that first batch of CDs, there was only one keeper (guess which epic 1993 album that might be???) along with 14 other albums that ended up in the “pre-owned” rack at The Turntable.

One album I acquired (and immediately sold) during those days before internet music was A.M. by Wilco.  I ordered it strictly based on the album cover art.

It was Jeff Tweedy’s first offering since Uncle Tupelo and a bit too twangy for a geek-grunge kid like me.

I never forgot Wilco though, and when I caught wind of their 2002 alt-country future-classic Yankee Hotel Foxtrot, I snagged it ASAP and was hooked.

Their latest, Wilco (the album) didn’t catch me at first, but after several listens it is growing on me (pretty typical for a Wilco record)… and a guest spot from Feist certainly ups the value of pretty much anything in my book. She and Jeff delicately harmonizing on “You and I” is one of those sounds that you really don’t mind stuck in your head all day long.

And seemingly more faith then I’ve seen from previous offerings—songs like “Everlasting Everything” speaks of eternal love; “I’ll Fight” of nation-faith martyrdom; “Solitaire” of the crippling agony of self-reliance: