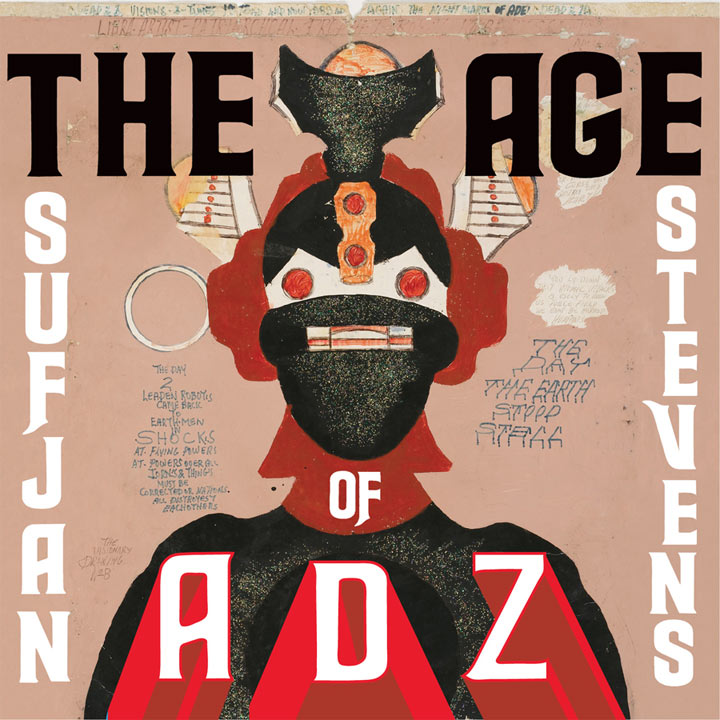 Maybe that’s how long it takes one artist to figure out how he’s going to make another album without (a) creating more of the same (b) selling out or (c) creating “art” so inaccessible that it loses its impact.

Whatever it was, I spent the past 5 years worrying that whatever his follow up to Illinoise would be (South Dakota? Hawaii?) was going to be a disappointing re-creating of that album or an attempt to avoid it with intolerable weirdness.

I have to say that I’m really glad he took his time.

When I first heard Illinoise, (especially live) it was shocking. Where his previous records were an amazing demonstration of minimalist new folk, that album was a perfect example of “more is more.”

I never would have imagined that he’d be able to add even more to the sound.

But Age of Adz does just that. It’s almost like with each new album, he takes the previous one and just adds something more wonderful on top of it.

And I can’t help but wonder if this album will do for our world what Kid A should have done a decade ago.

If it could be the album that joins the ranks of Sgt. Pepper and Pet Sounds and Bringing it All Back Home and London Calling and Nevermind to change not only the musical landscape of our culture, but to change the culture itself.

For whoever can listen to this and really hear it…. it may change you.

The way you hear music…

Your preconceived notions of what music is or must be.

Because opening our eyes to colors and sounds and tastes and feelings and smells that we never knew existed is a new plateau in the journey to understanding our world and the people in it.