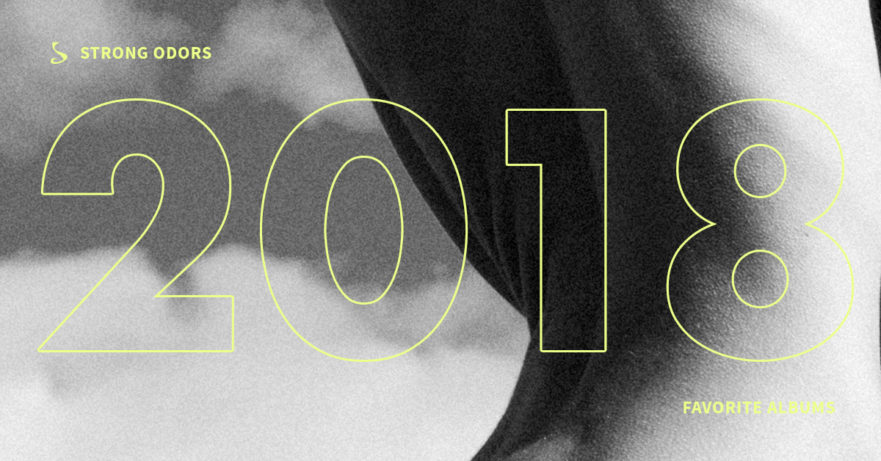 I haven’t been myself lately.

Honestly, I almost hesitated to even call this list “favorites” because even though a handful of albums stood out a little more than others, Blood was the only thing I got really excited about. (Although Lucy Dacus must have struck a chord since she shows up twice in the list).

But in reviewing the entire year, there were definitely some that were more than heavy rotation (2018 Favorite Albums on Spotify here):

I almost didn’t do this annual favorites list this year… until I realized this is actually the 10th year in a row I’ve published this list on Strong Odors. 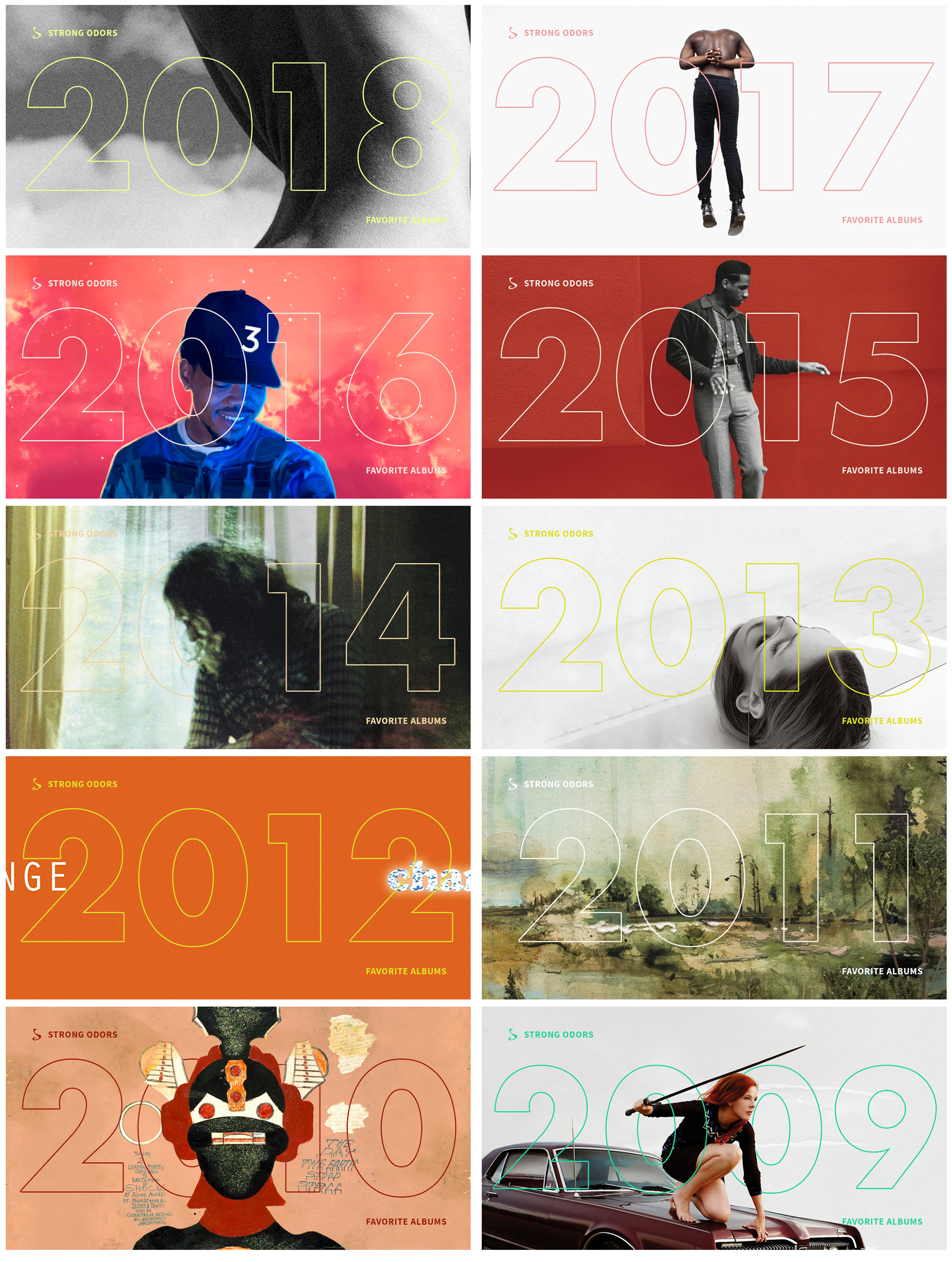 Observations on 10 years of favorite tunes:

I’m a sentimental fellow (duh) so it’s hard not to get sentimental thinking about how my kids were ages 6, 5 and 3 when I published my first list of favorite tunes here on Strong Odors. It’s truly unbelievable.

My experiment in hip-hop worked.

When I first started tracking my favorite music each year, was the very first time I made a conscious choice to dig in to see what hip-hop music is all about. I’d never really understood it and wanted to make a concentrated effort to listen closely and often to better appreciate the genre.

A decade later, much of my favorite music is hip-hop, especially those artists who are pushing the genre to new places (Frank Ocean, Moses Sumney). In the past year especially, thanks in no small part to  Cole Cuchna’s “Dissect” podcast, I’ve really grown to appreciate hip-hop as an art form (and Kendrick Lamar as a genius)

Reviewing my favorites, one year easily stood out. Age of Adz (Sufjan), High Violet (The National), The Suburbs (Arcade Fire), and My Beautiful Dark Twisted Fantasy (Kanye) all were released that year, and probably among them have been played more than anything else put together in the past decade.

Of course that year I was also totally freaking out over Mumford and Sons, which I’m quick to skip nowadays.

The majority of music I love has become that either made by women or groups fronted by women. I’d be remiss not to attribute much of this love to the late and amazing Delores O’Riordan.

There are a lot of memories here.

They say the sense of smell is that most connected to memories (hence this blog Strong Odors). But I think one could make a good case for music.

Even just looking at these lists, I can hear these songs in my head and they Ratatouille me back to very specific place and time. “This Tornado Loves You” and my kids are all little, and I just buried our dog and somehow ended up with 2 new dogs from the shelter (thanks Noël). “POWER” and I’m trying to clear enough snow from around our mailbox that the mail carrier will actually stop. Bon Iver… how many winters has Bon Iver gotten me through? Fang Island and I’m doing my first paintings in the garage. Heartthrob and BFFs and daughters dancing around the house. I remember which office of which company I was at in 2014 when I first heard Lost In The Dream. Dan Deacon and sunshiny summer days. Dance-cleaning the kitchen with “All Night” (Chance). Ry X — I’m watching skiers out my office window and trying not to annoy my boss/office-mate.

The one that gets me most though… Radiohead, “True Love Waits”. I cannot listen to that song without weeping openly (like now).

Favorite album from each of the past ten years.

These are the top of each year, probably not my top ten overall since 2009

My most favorite album overall.

There’s one that I’m quite certain has been played far more than any other. I can still put it on at any given moment and it’s perfect. It never gets old. If by the time I die you get to choose one record to play forever digitally in your grave, it’ll almost certainly be this.

The National, Trouble Will Find Me.

It’s like my security blanket I keep with me at all times. I owe The National a big favor if become friends in the afterlife.