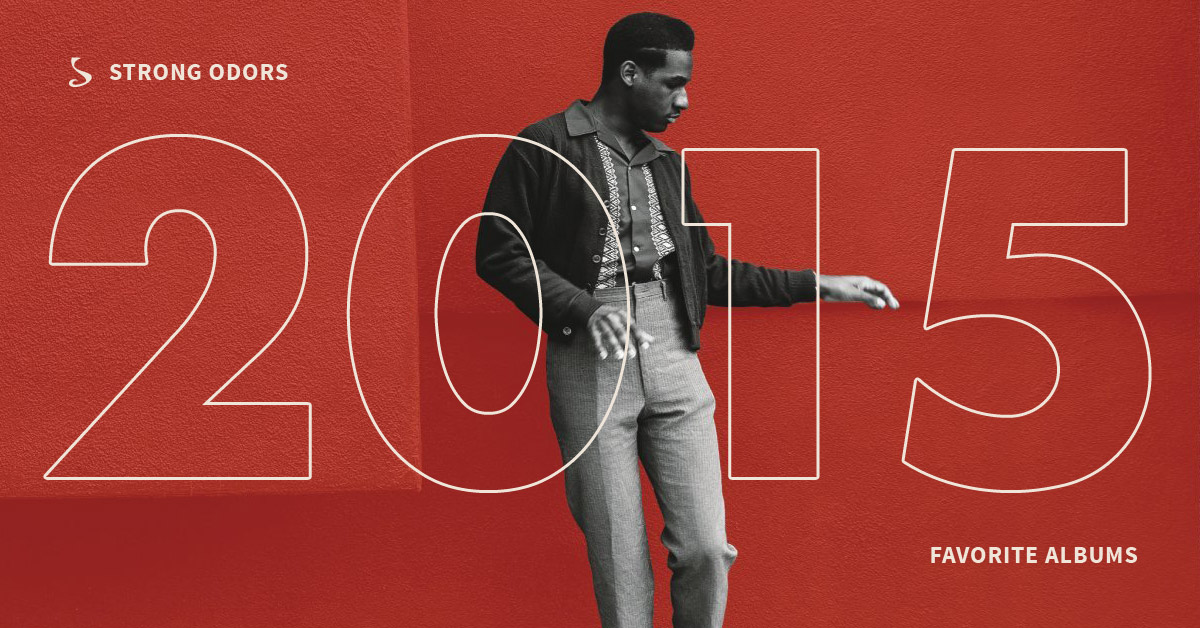 I’m always totally impressed anyone can narrow down a list of annual favorite albums to just ten.

I have done it myself, but most years I just list a bunch of favorites without much regard for how many actually are included (seventeen last year, twenty-one favs in 2013). So this year I challenged myself to refine the list to ten.

It wasn’t easy… but I got it to 11 (which I guess is a little more rock-and-roll). I was apparently really into female-led groups this year—including Hop Along with my very favorite album—but obviously Sufjan is going to be in there, and Leon Bridges is my super man-crush forever now.

Of course, the only way I got it to a reasonable eleven favorite albums for 2015 was by creating a second playlist of “heavy rotation” records that are definitely among my favorites, but I guess not quite in the top 11. Some super awesome stuff in there, including Tame Impala, Alabama Shakes, Torres, Bill Ryder-Jones and my favorite rap album this year (sorry not Kendrick)—The Good Fight by Oddisee.

Have I missed anything great this year? Please let me know 🙂

Ivy Trip
One of several awesome femaile-led 90s-inspired garage-rock records that totally dominated my playlist this year. Can’t get enough!

The Firewatcher’s Daughter
Best new music from Brandi since 2009.

Sometimes I Sit and Think, and Sometimes I Just Sit
This one gets better with each listen. Desperately want to see Courtney in concert.

Painted Shut
Courtney Barnett might’ve made the most critically praised alt-rock record, but I just love Frances Quinlan’s voice so much—so this one was my favorite record this year, and my go-to all summer long..

Coming Home
What can I say about Leon Bridges? This is the music that flows in my veins. Came out of freaking nowhere and I can’t get enough.

Blood
Was lucky a brother passed this on, or I’d have missed it altogether. Can play Lianne at pretty much any given moment and it hits the spot.

Moonless
Not sure this would’ve been on my list, had I not seen these guys perform. Hooked for good from that point.

Before We Forgot To Dream
Every song is so fantastic. Amazing work for teenage musician.

Carrie & Lowell
It’s hard to say anything about this record without getting emotional.

Thunderbitch
Alabama Shakes was a big part of my summer soundtrack this year, but I actually loved this side project just a bit more. Rock and Roll, man.