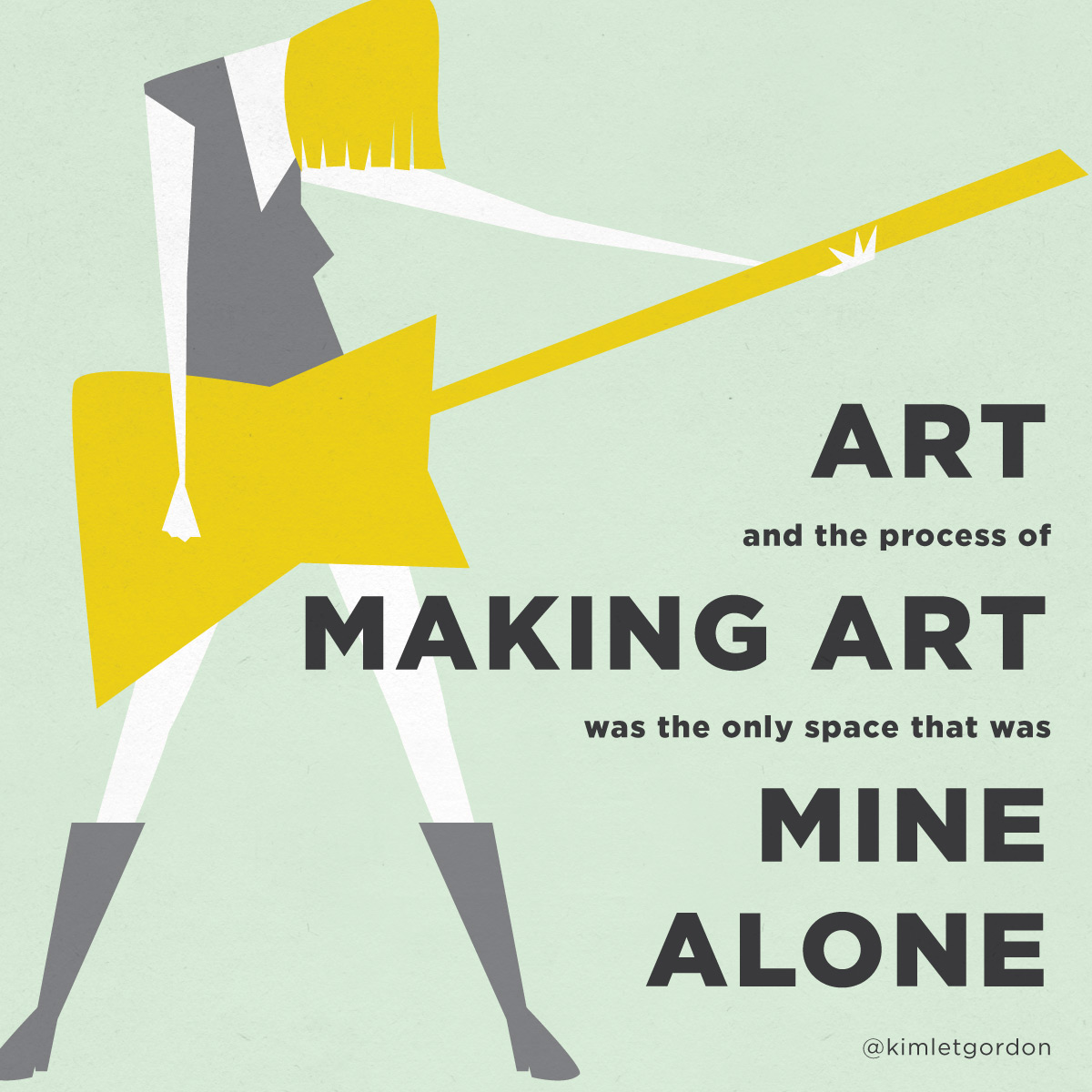 From Kim Gordon’s memoir, Girl in a Band:

Maybe that’s why for me the page, the gallery, and the stage became the only places my emotions could be expressed and acted out comfortably. These were the venues where I could exhibit sexuality, anger, a lack of concern for what people thought. The image a lot of people have of me as detached, impassive, or remote is a persona that comes from years of being teased for every feeling I ever expressed. When I was young, there was never any space for me to get attention of my own that wasn’t negative. Art, and the practice of making art, was the only space that was mine alone, where I could be anyone and do anything, where just by using my head and my hands I could cry, or laugh, or get pissed off.