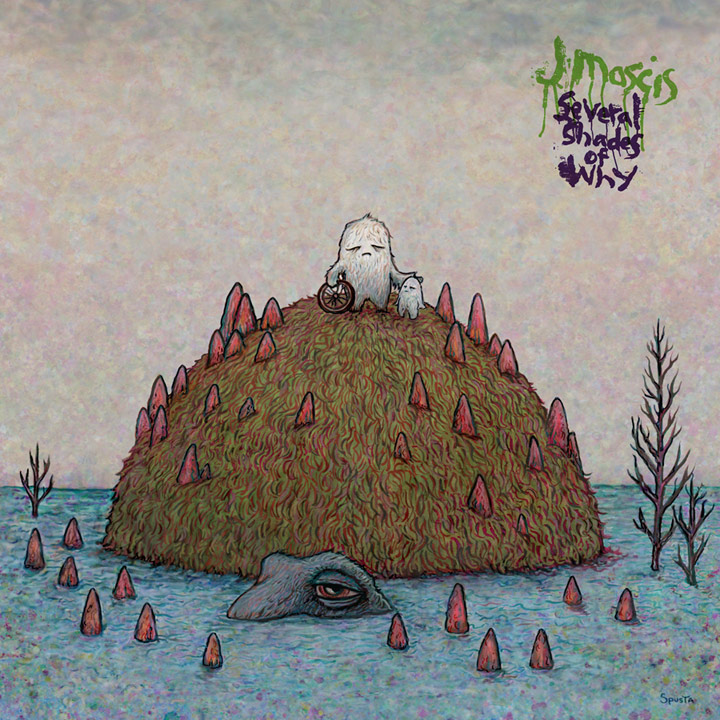 When you ask anyone interested in rock & roll who are the greatest rock guitarists of all time, you’ll generally get a pretty similar list from everyone: Jimmy Hendrix, Jimmy Page, Eric Clapton, Duane Allman, Stevie Ray Vaughn, Van Halen, Neil Young, J Mascis…

Ok, the guys you find spouting off their favorite rock virtuosos don’t typically include Mascis in the mix… but they should.

The guy’s been leading Dinosaur Jr. in pure everyone-knows-he’s-the-genious-behind-the-group Billy Corgan style for the past 25+ years and his skill on the electric guitar is a big part of what’s made them not only so important to the history of indie rock, but also still working as a model for young indie rockers who want to be more than just a fad.

In fact I find J Mascis pretty inspiring just as an artist. He’s found a way to continue making his art his way. Without bending under the pressure of perceived consumer trends, he’s stuck to what he does and does better than anyone.

It’s really a great encouragement to a guy like me who creates things that’ll never land me a job for Nike but it’s what I do. I can only hope that 30 years from now I’m still creating art as true as J Mascis is with this new solo record.

Mascis was just 5 years old when Neil Young released After the Gold Rush in 1970, just a couple years younger than I was when Dinosaur Jr.’s eponymous debut was in the works. And as much as Mascis’s work has influenced me either directly or indirectly over the past 3 decades it is quite apparent from Several Shades of Why that that Neil Young classic has been a fundamental part of J Mascis’s development.

In fact I’d say that if After the Gold Rush died it’s reincarnation couldn’t be anything other than Several Shades of Why.

It’s not a copy of course—not even close. This is a J Mascis record inside-and-out but the stripped back feel of a folk album with the potential energy of a black cloud about to unleash a decibal-splitting bolt of lightning at any moment is so reminiscent of my favorite Neil Young work that you’d be hard-pressed not to draw a comparison.

The problem with guitar gods is that we often determine their greatness by the speed of the licks on the face-melting meter. Even though you can get your face thoroughly melted by any number of Mascis tunes, it’s his subtlety with his instrument that really puts him at the head of the class.

When you consider the restraint required of someone capable of setting his instrument on fire with a solo to produce the minimalist George-Harrion-like riffs found on this album you know this is a guy who is in control of his guitar.

He can make it do whatever he wants.

If you dig the Several Shades of Why cover art, check out more from Marq Spusta’s work on his website.