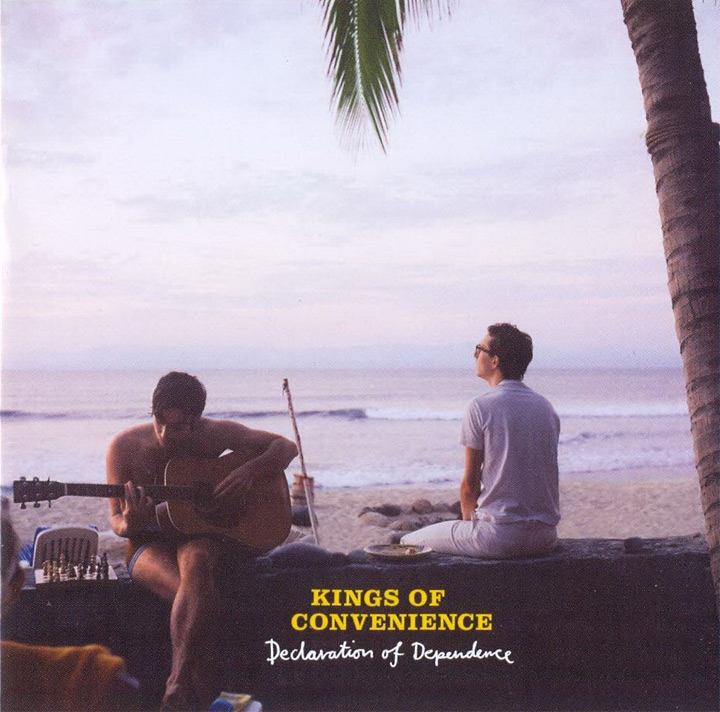 Don’t forget to hit “Play” on the Strong Odors playlist ->

Winter 04-05 there were 2 albums that I always (always) had with me… basically a soundtrack to the season. One is the Garden State soundtrack, and the other…

Riot on an Empty Street by Kings of Convenience…

Trudging through knee-deep snow from my house to my office each morning, the hushed geek-folk from across the globe kept my spirits high (or at least fit my mood well when they weren’t)

If you’ve never heard Kings of Convenience… I promise you’ll love them.

I describe them as a modern Simon and Garfunkle… and both the Kings’ music and lyrics give the iconic protest-folk-rock duo a run for their money.

Hard to believe it’s been a half-decade since I discovered that album… in the meantime, the two “kings” have been releasing a series of electro-synth pop as a series of different personas… you’ve got to respect that… but finally some new tunes have arrived.

I love the new album’s title Declaration of Dependence… and I love how on songs like “Rule my World” they keep you guessing… is this a war protest song… or an aching lover about to come undone because she’s stuck in a controlling relationship?