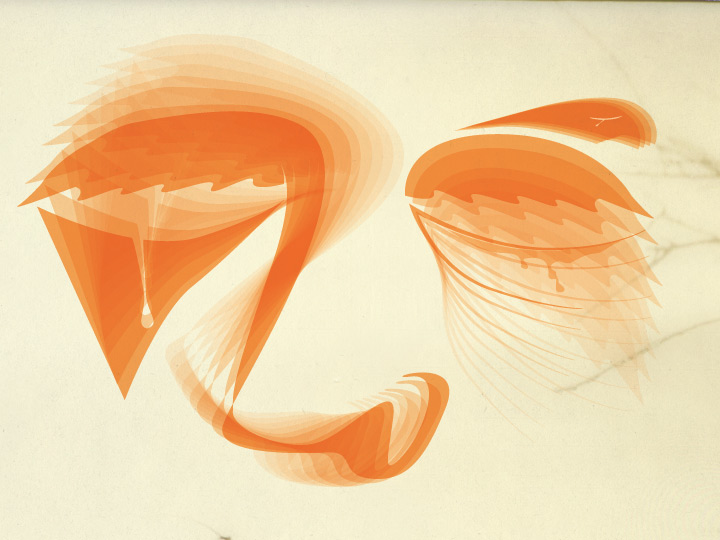 I was watching Austin City Limits the other day and in the post-performance interview members of The National were sharing how the most obvious interview question they’re asked is “are you sad?” They kind of laugh it off because they seem to be just as they claim—typical and optimistic young men who are enjoying  their art and working together.

So I do think this record is a really fun record. On the surface it’s not a “light” record, but it is cathartic, and that’s a very pleasurable feeling.”

I’ve found the same to be true.

It seems like the more I get my hurts “out there” rather than bottled up inside… whether through writing or art or even singing along with The National, I find some healing.

In a way it gives me some power back from those things… maybe not power necessarily, but some perspective on the truth. It’s typically lies that leave me wounded, bitter or paralyzed.

But when I give that hurt a name or a face or a tune I can see the lie behind it. Then I can start to understand the truth…

and the truth sets me free.

There’s a Weezer song that says of hearing Nevermind for the first time “I heard the chords that broke the chains I had around me,” and every time I hear that my heart nearly stops. Because I know exactly what that means.

As a teenager Nirvana offered me something that “Blessed Assurance,” and “How Great Thou Art” could not.

I think that all across the broad spectrum of modern christendom and especially within contemporary evangelical culture we’ve lost the value of the dirge.

We claim Lamentations as part of the canon, but won’t allow God to use it in healing our own lives.

So if you are sad today. Listen to High Violet. Weep with those who weep.

Because healing can be found in a cocktail of our mixed tears.

Sorrow found me when I was young,
Sorrow waited, sorrow won.
Sorrow that put me on the pills,
It’s in my honey it’s in my milk.

Sorrows my body on the waves
Sorrows a girl inside my cage
Didn’t I see sorrow build?

It’s only my half of heart alone,
On the water,
Cover me in rag and bones, sympathy.

Cause I don’t wanna get over you.

I don’t wanna get over you.