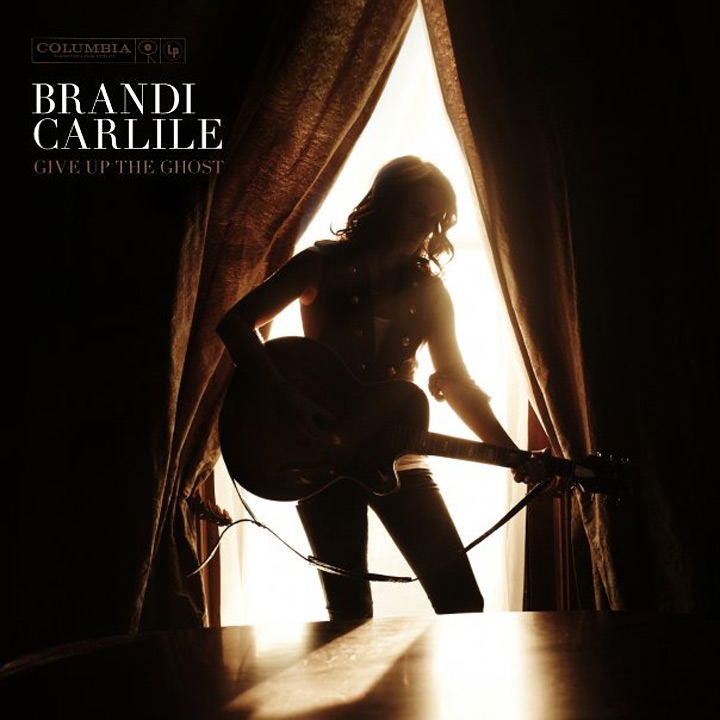 I saw Brandi Carlile perform this past summer.

By the middle of the first song I swear I had tears streaming down my face… I didn’t even bother trying to hold back. My wife thought something was wrong with me…

She’s a tiny girl, but her voice will knock your socks off. In fact it has the power to knock the collective socks off an audience of thousands.

and when she performed Bob Dylan’s “Don’t Think Twice, It’s Alright” along with the Indigo Girls as part of their encore…

As if her mind-boggling voice wasn’t enough, she writes stuff like the first stanza of her (fantastic) new album Give Up the Ghost:

I went out looking for the answers and never left my town.

I didn’t actually realize this album was releasing but when I spotted it today I flipped out… I was almost afraid to hear it because I didn’t want to be disappointed.

I am not disappointed.

She’s got a quality, man… some sort of electric energy that pulses out of her mouth, into the mic, onto the tape, over the interweb, out of the speakers and straight into your soul.

Carlile is hardly perfect, but she’s good—a really solid, deep-down kind of good, and not just in terms of her musical ability or quality of output, but on a basic moral level, too. She cares. She hurts. She wants to do right. And she has the heart, guts, skill and wherewithal to make crushing, beautiful art about that struggle. – Paste

Strong Odors Brandi Carlile: Give Up the Ghost