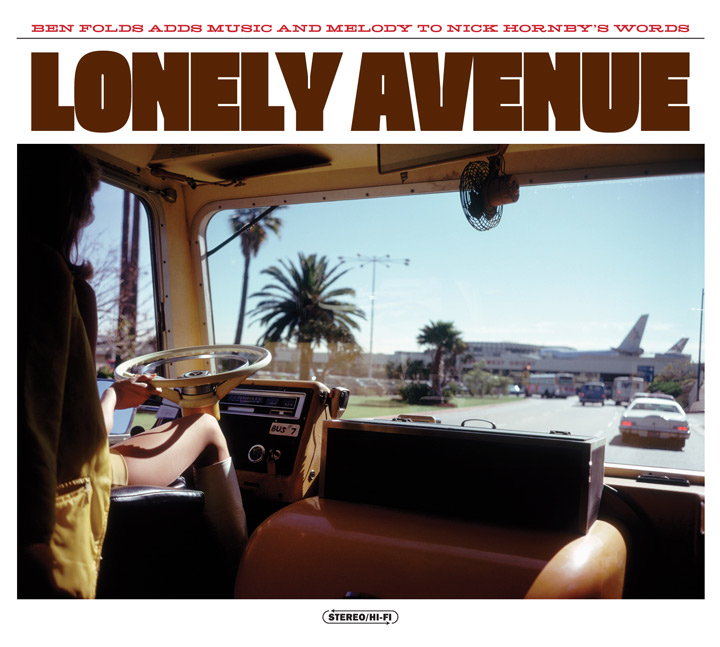 I was surprised by a new Ben Folds album yesterday.

I was even more surprised when I saw the NPR article about the fact that Ben didn’t write the songs for this new record. He’s one of my favorite songwriters (even though some of his more explicit rants I can barely make it through and certainly not without either cringing and/or blushing), and I couldn’t really imagine why he’d put out anything that he didn’t write himself.

He’s actually inspiring to any suburban kid who wants to write. He tells moving stories from the perspective of others. People he’s known or met or bumped into or sat by or imagined. He makes you giggle and angry at the same time. and nobody can really sing about the real emotions of a break-up like Ben Folds.

(and give me back my black t-shirt!)

Of course his collaborator couldn’t be a better match.

So this isn’t really a Ben Folds album so much as a Folds/Hornby.

The result is a collection of (as Ben Folds says) “hit songs from the ’70s that we’re all supposed to know, but never actually existed.”

Even though Ben Folds lives with the curse of having created one super-amazing record early in his career that’s impossible to match, he’s continued with the spirit of an artist into regularly new territory while maintaining his signature sound.

This is another solid record that I’ll listen to probably a thousand times this year and over and over again for years to come.

The song “Your Dogs” jumped out at me. Hornby is writing about some thug who has pit bulls and seems to be kind of a stereotypical gangsta… it’s a great one where the suburban narrator (and neighbor) simultaneously claims that he “doesn’t judge” but still wonders of the thug “Don’t you think you’d want to be just a little bit more like me?”

But the part that jumped at me is the stanza

The Christians on the radio, they act like you’re scum

Self-righteous condescending bastards, each and every one

I don’t read the Bible but I try to love you, man

Every flaw and violent act, I think I understand

This is exactly how those outside of Christianity perceive those of us who consider ourselves Christ-followers.

At our worst, we’re hateful and violent.

At our best we can only attain the same self-righteous “acceptance” of others that comes with the afterthought “don’t you want to be just a little more like me?”

Then we try to call it “love.”

At least the narrator in this story can “understand” the flaws.

Because we do not accept these things in ourselves.

I do not accept these things in myself.

The ugliness. The violence and lust and anger and gluttony and pride and hate.

and until I accept those things as a real part of me, I’ll never understand a man like this.

I’ll never be able to truly love him.

and I’ll never understand what grace really is.