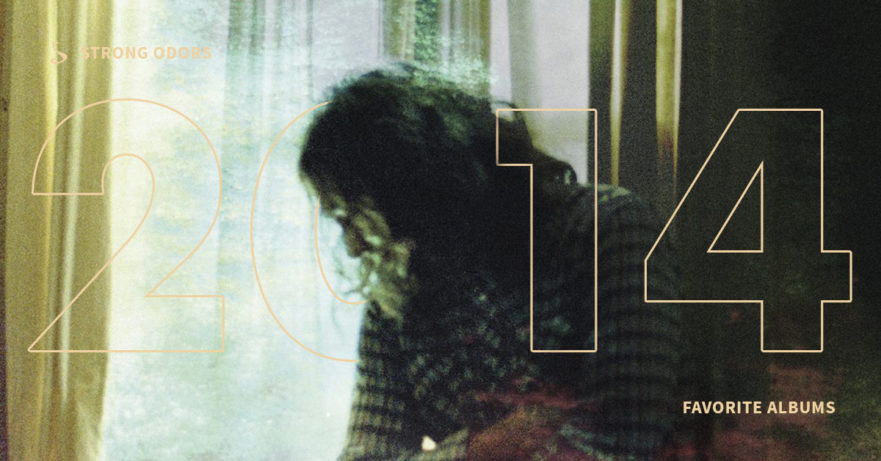 My favorite albums this year are mostly predictable, but nestled in there among my safe bets of the 2010’s (tUnE-yArDs, First Aid Kit, alt-j, etc) and long-term commitments to 1990’s heroes (Weezer, Beck, J Mascis) are a handful of really fun new discoveries from 2014.

Not the least of which is my far-and-away no contest favorite album of this past year, The War on Drugs‘ Lost in the Dream. This is the record I’d default to whenever I didn’t have the time or energy to look for the background music for nearly any occasion. I played it on repeat all through the summer, and probably at least once a day since I discovered it last spring.

When I someday think back from the future on 2014—working for Porterhouse, perpetually raking the sea of acorns, driving my daughter to middle school—it will be Lost in the Dream playing in the background.

Check Out The 2014 Favorite Albums Playlists!

Listen along on Spotify

The War on Drugs, Lost in the Dream

alt-j, This is All Yours

Weezer, Everything Will Be Alright in the End

J Mascis, Tied to a Star

Sharon Van Etten, Are We There

Check Out The 2014 Favorite Albums Playlists!

Not included in this list are a handful of albums I’ve only discovered in the past few weeks, but definitely might have been included if I’d had more time to take them all in: