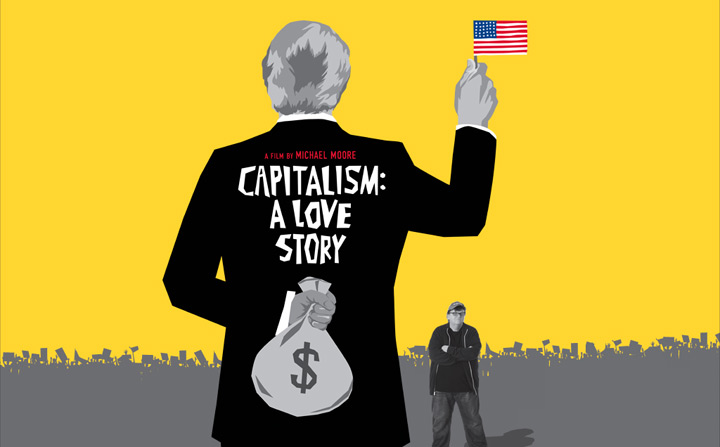 Of course the question he raises in the note (and apparently at some point in his newest film) is a provocative one (what else?):

Is Capitalism a sin?

Now at this point, people are already writing their blog post comments in their head (just as he hoped) quick to point out how Mike might be using certain particulars of his faith only when they happen to support his agenda du jour…

But that’s not really what he’s doing at all.

His films are never about black and white, I’m right-you’re wrong…

Because without doubt… where would I be?

If I just follow someone or some system… economic, political, religious, relational…

Then I’m merely a cog… a tool being used by that particular system and those that run it.

If I doubt however… If I question the system… If is say “Is this right?” or “Is this wrong?” even if those questions can’t be answered with a simple “yes” or “no” then I’m no longer being used by the system…

Instead of a cog, I’m a compass… or a refining fire… or a strong ingredient that somehow makes the whole thing smell less toxic and more intoxicating…

P.S. If the trailer doesn’t make you want to see his movie today… you must have some sort of super-power resistance to fantastic and effective advertising… and M.I.A.

Strong Odors Is Capitalism a Sin?