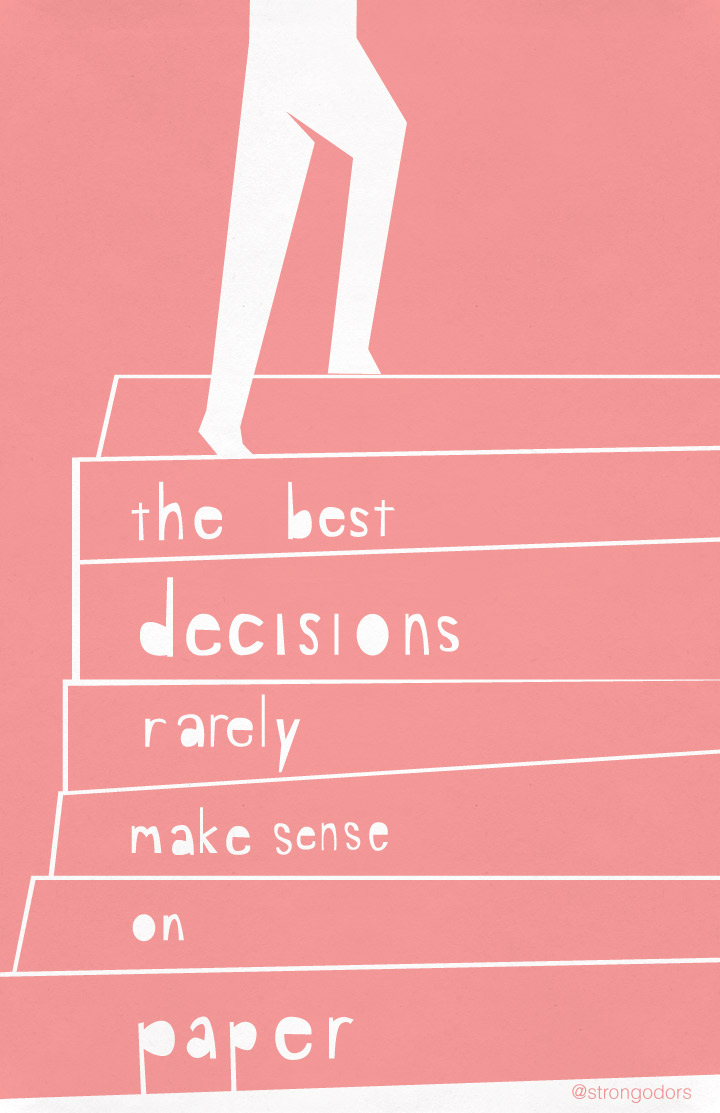 I hoped to write some sort of concise and provocative thoughts on this year’s WMC Fest, but honestly I’m still a little giddy from the weekend and what little focus I can muster this week is invested in my day job.

So instead I’m just going to puke up a bunch of totally random thoughts.

Also, several attendees asked about the slides from my talk, so I’ve included them for easy sharing.

Speaking at a Design Conference

These dudes took a big risk and invited me to be one of 20 speakers at Weapons of Mass Creation. Generally it is successful, well-known design “rock stars” invited to speak, and I’m none of those things.

So I owe a big fat thank-you to Joseph Hughes in particular, who organized the speaker roster. He had the guts to recognize that despite my anonymity, I had a pretty cool story to share. 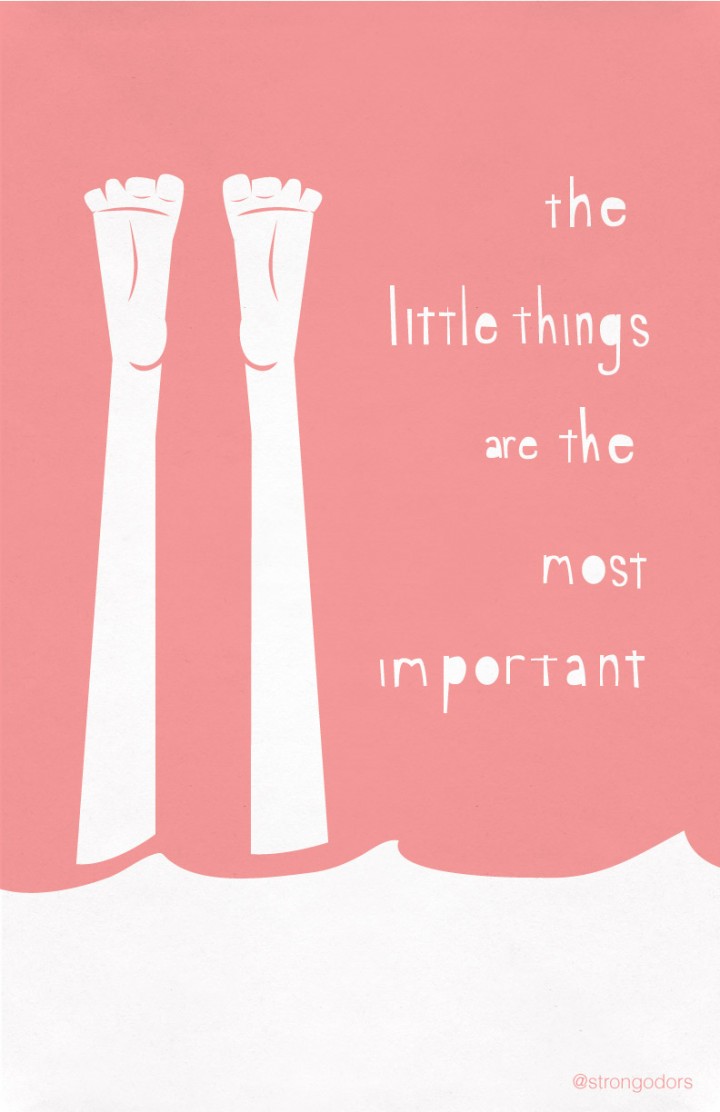 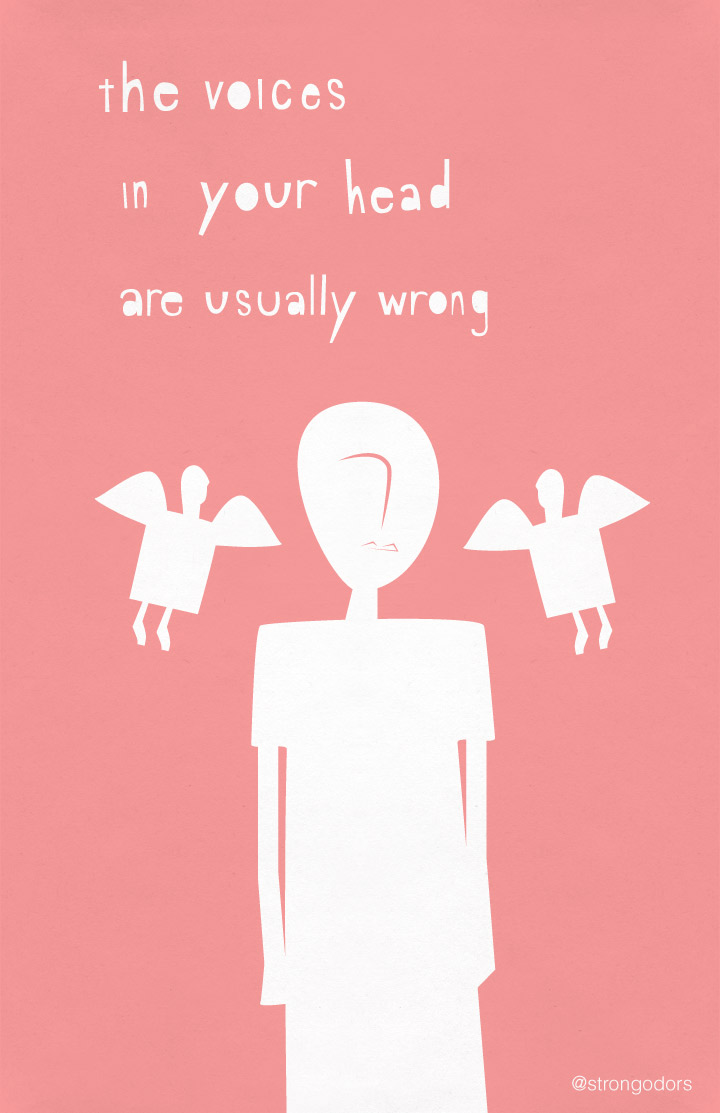 My session went really well. I had a few moments of stuttering, but of course no one really cared. The talk was well received by the audience, and I got lots of great feedback afterward.

What was really interesting is how I went into it very cautious not to exploit the opportunity and get too religious. Obviously this was challenging, considering a big chunk of the sermon was regarding Old & New Project. In the Q&A session, however, several faith-related questions came up. It threw me a bit, but was pretty fun to talk about faith in a very secular environment.

The thing I took most from the experience though, was this great reminder of how much I enjoy public speaking. I’d love to pursue more opportunities in the future.

I kind of forgot to promote myself.

I gave some buddies a shout-out in the talk, and even made sure to tell everyone to follow Jim LePage (since I wouldn’t have even been there if not for him), but actually forgot to say “follow me!”

So here’s a nice clear CTA for you guys. I’m on Twitter!

Links I Shared in my Talk:

It is so cool to build relationships with internet friends. People I once knew only from Twitter became acquaintances, and now actual friends (though faraway ones).

I got to see (and meet) too many awesome folks to list, and often found myself humbled to be sitting around a table surrounded by such unbelievable talent.

I finally got to meet Lisa Congdon & Clay Walsh. Lisa and I have been friends online for a long time (I interviewed her back in 2011), and she is one of those artists to whom I’ve always felt some sort of weird, spiritual connection. Spending time with these two was definitely a highlight for me.

Stewart Scott-Curran is certainly the kindest, most gracious man per-talent-level out there.

I go to this thing to make personal connections (which is a lot of work for me), so even though live music is one of my favorite things in the universe, I end up missing basically all the WMC Fest music because I’m outside hanging out with new friends. In fact, I’d say the majority of attendees miss the majority of the music.

Which is a real shame because there are some incredible musicians playing all day long.

I did get to see a few minutes of F. Stokes, which was pretty awesome (we don’t have hip-hop where I come from).

Next year I may try to wrangle a bunch of folks to take in as much live music as we can over the weekend. Just to mix things up a bit.