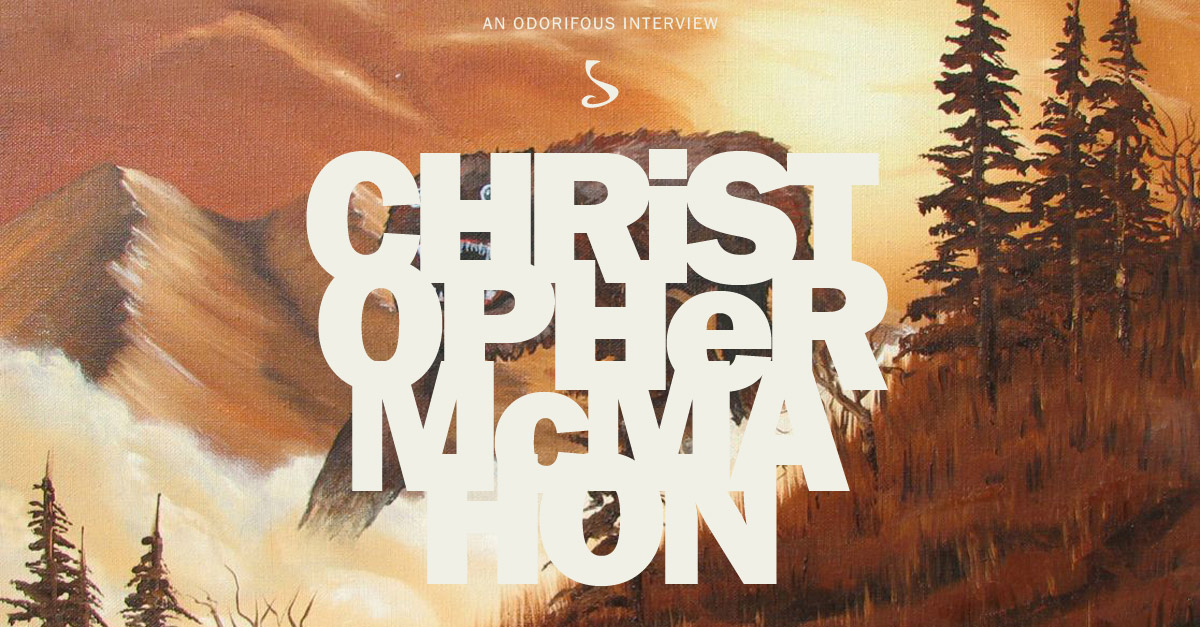 Odorifous is an interview series I started in 2010 to share a little behind the people who I find inspiring in some way. Some are well-known artists, while others are private individuals I feel very lucky to have discovered.

Know someone inspiring? Tell me about them on Twitter!

Weezer’s newest release was off my radar for much of this year. Generally I stay abreast of upcoming music—especially from my favorite bands, but over the years Weezer and I have slowly shifted from blood-brothers to good old friends you rarely visit but feels like “yesterday” when you do. Even when I first heard rumors something new was coming from Weezer, I didn’t give it nearly the attention I might have fifteen, ten, or even five years ago.

Then I saw the Weezer cover art for Everything Will be Alright in the End.

All of a sudden, Weezer wasn’t just back on my radar, but had my rapt attention.

It’s rare anymore to be arrested by an album cover. Their purpose has obviously changed a few times over the past thirty years, and nowadays are designed with thumbnail images in mind. So when Chris McMahon’s awesome illustration for Everything Will Be Alright in the End cover caught my attention, I recognized something must be special about him.

Once I got to know a little bit more about Chris as an artist and his processes, it became increasingly clear why I connected to his work. He takes forgotten items—throwaway thrift shop paintings, bulk estate auctions, or straight-up trash, and breathes into them new life. It’s obviously something I love, not only since I try to do the same with my own artwork, but have long been following other artists like Thomas Allen and Mollie Greene who share a similar soft spot for trash with hidden beauty.

The monsters Chris adds to each painting not only demonstrate incredible skill by their seamless integration, but also have tons of personality—which makes them entirely charming and relatable. I love the fact that you assume each character had always been a part of the piece—as if it were never really finished until Chris added his own imagination.

Thanks, Chris for taking time to share a little bit about yourself! Keep up the fantastic work.

Ferrets. Whenever I’m in a pet store, I have to immediately go smell the ferrets.

Not to sound super freaky, because I know that ferret isn’t a popular odor, but it’s something that immediately transports me to the place in my brain where positive aspects of my childhood live. My parents got me a ferret for Christmas when I was young, and I remember lying awake at night in my bedroom, listening to them bring it into the kitchen. The noise it made running around its cage sounded like they were constructing something metallic. I had envisioned robots, but I loved the weird cat-snake even more.

I feel most alive when I’m out experiencing new things and new places. Sometimes I get locked into routines that involve familiar surroundings and activities, and I appreciate the familiar – it’s comfortable. And often breaking out of those routines is uncomfortable. Recently I packed my family in the car and drove to Chicago after finding that Banksy had a piece up on some small breakfast place. I’m used to small towns, so just being in a larger city was surreal in some ways. But it was an adventure, and I feel like random adventures are necessary in life. And the breakfast there was great.

I fear loss. I fear losing what I have, the people that I love. Sometimes I fear taking risks, and sometimes I fear that by avoiding the risks I haven’t taken, I’ve missed out on wonderful things. Also, bears.

I’m learning that it’s okay to not do things perfectly. This year, I’ve had a lot thrown at me, both good and bad. This year, I saw one of my paintings on the cover of Weezer’s new album – all over the web, on the Tonight Show, in Time magazine, Rolling Stone. This year I saw my father die, and have become keenly aware of how important it was to me to share the positive things in my life with him, and how each success carries that little sting with it. And I’m realizing that life keeps on keepin’ on, and if you can’t perfectly dodge and juggle all of it, the world doesn’t explode or anything. We’re all doing our best. I can only hope to do my best.

I’ve got a few paintings in the works. I just had a listening party when the Weezer album dropped, and I had been holding onto a painting given to me by a friend for several years (he gave it to me wanting me to vandalize it with monsters). I finished it recently and surprised him with it. I’ve had a lot of things on hold recently, but my brain is gearing up to do more.

I find my creative work invokes my inner child, which is a spiritual experience for me, in a sense. Being an adult is only palatable in short bursts. Being creative is like recess for your mind.

I’ve listened to a lot of Weezer of late, and their latest album is great – I highly recommend. Other than that, my musical taste is all over the place. My staples are Nine Inch Nails, a lot of old school electronica (and some new stuff – I’ve been listening to the new Deadmau5 a lot recently). My comfort music is an 80’s playlist. I’m going to see MC Chris in a few days, so I’ve been listening to some of his stuff recently. And Clarence Johnson just produced an excellent album with Romulan and AWTHNTKTS

Super-huge thanks to Chris for taking the time for this interview. Check out more of him around the interwebs.